About 1,500,000 vehicles of all types between the interwar and 1945
The topic of British trucks in World War Two had been much neglected postwar, with the few and most succint publications going back some 40 years old, and not covering all aspects of the topic. We can cite however Les Freathy's book by Tankograd Publishing recently but that's about it. Ths goal of this current page is to analyse manufacturers and their designs, the major truck types used by the British Royal Army in WW2 and their variants but also artillery tractors, and staff cars, knowing that any armoured variants should be treated in Tank Encyclopedia. Wish me luck in this different topic that i expect to cover between books and open internet sources.

In the Boar war, the Royal Artillery used the Thornycroft "steamer" and in WWI the Thornycroft Gun Tractor alongside the Holt type. The British Army started to moved towards a fully mechanized artillery during the 1920s and 30s already, using the Vickers Medium Dragon and Light Dragon, which were fully-tracked artillery tractors replacing Holt models from WWI, but in place they were replaced with much faster wheeled vehicles as the Army wanted to catch up with the pace of a fully motorized brigade, notably after the famous exercizes of Salisbury Plains. This process starting with the Morris CDSW. The Royal Artillery however considered still that it secondary line role meant infantry and vanguards would have secured the terrain first, and persisted with specialist artillery tractors ("Field Artillery Tractors") but eventually adopted 4WD vehicles such as the Morris "Quad", Canadian Military Pattern (CMP) "Quad" and AEC Matador which formed its core during World War II, rather than a more general purpose vehicle. These differed from "General Service" (GS) vehicles by having a dedicated gun detachment compartment behind the cab, separated from the cargo space which had the ammunition and gun stores, parts and maintenance kit. The goal was to have a fully motorized "unit" as part of a battery of three to six vehicles.

The British Ford division created staff cars based on the Ford Model 62. A more powerful engine was introduced in may 1941, as command car for high echelon officers. About 5,000 unités were delivered between may 1941 and july 1944. FORD WOA2 Data:

This Small staff car was based on the Austin 10. The passengers aft compartment was replaced by a flatbed protected by a tarpaulin. These vehicles were used on all fronts by British and Commonwealth forces on all fronts as well as USAAF units based in England. Many survived until the Sixties as civilian vehicles.

No info yet, Chevrolet Master M1940 in British service.

British general-purpose light truck, 400 kg, built in 1939 for the need to mechanize most of the British expeditionary corps. It was used primarily for the second row, as a command vehicle or radio, and with a 85 hp Humber petrol engine.

The Humber Heavy Utility Car was with Ford 4 X 4 Heavy Utility Car the main staff/command car of the British Army in WW2. It was nicknamed the "Humber Box". Fully British-made four-wheel-drive staff car, introduced in 1941, and produced until 1945 and the used still in the fifties. Its passenger compartment and body were entirely in steel. Later models gained a sunroof. Six seats, four individual and a bunk at the rear, additional folding seats mostly used to carry equipment. There was also at the rear a folding maps table. Two hinged doors on each side, full width double rear door. Many details came from the Humber 8-cwi 4x4. Used tropicalized in North Africa wih a tarpaulin instead of a roof. Few had a sunroof, mostly for high rank officers.

Each truck has a different performance. For soldiers, it is their most important fighting tool and can assist them in countless battles. Therefore, trucks are also used as symbols on custom challenge coins, which are given as honorary gifts to soldiers. Truck enthusiasts also look for a variety of different patterns of challenge coins to collect. This is a valuable collection for them. 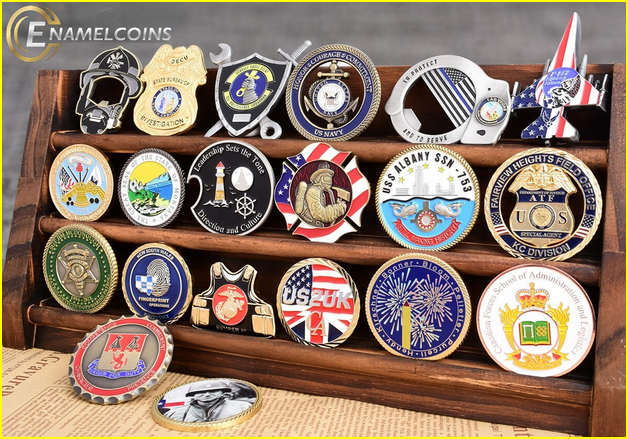