All the belligerents engaged in the great war had trucks, tractors and cars, but not systematically armored vehicles, or tanks. Paris Taxis became pivotal at the Marne in 1914, but this was just a beginning. Mobility was everywhere, rear of the front or in the mud, with artillery tractors and standardization, for the first time hit US manufacturers big time, giving the world's first standard mass-built military truck, the Liberty Type B with more than 14,000 produced - still, a small dust compared to the millions of WW2.

For a wartime truck industry you need at least a solid industrial basis prewar.
(to be contined...)

Over 1,000 civilian lorries and over 300 buses were requisitioned at the outbreak of hostilities in Britain alone. Both the latter and the US believed in trucks rather than horses at the start of hostilities, unlike the French, German, Russian or Italians. The latter pressed their own industry to provide simplified models and ramp up their prewar production. Trucks registered in very sophisticated schedules for concentrating troops and equipment at key depots, and then despatching them to their designated positions, starting on on their frontiers.

The French army had 6,000 cars and less than 150 trucks dedicated to the Army in August 1914, and for four years, ramped up dramatically the industry, started to standardize types, and orders large numbers abroad, notably to the US. Trucks, but also artilery tractors, especially those of the Holt type that soon inundated the battlefield. In 1914, the British Ministry of War confiscated 850 trucks, but still Germany was slow to react, having full trust into its railways. It had a head way due to private subsidies for trucks buyers, in case of mobilization. There was already some standardization prewar as the government asked all manufacturers to place the pedals (accelerator, clutch, brake) the same way. This eased training and maintenance during WWI, even allowing simple soldiers to drive trucks when needed.

The truck usefulness, development of specialized vehicles (troops and supply transports, ambulances, sanitary, chemical, field kitchen, water tanks, fuel tanks, radio, AA...) was not lost on the belligerents and at the end of the war, the French army 15 times more vehicles than at the start, but it was still less than the British Ministry of War, which made the impossible to bringing to the front some 56,000 vehicles of all types. Specialized manufacturers found the Army was a major customer and the war itself really broke all records in terms of automotive industrial capabilities. Motorized army squadrons started to appear, like the Army Service Corps (A.S.C.) for the British Army, crewed by 60,500 soldiers alone. 325,000 in 1918 when the guns barked for the last time. Due to shortages they wore aviation uniforms. A remainder of the RNAS vehicles of Northern France.

This mass production, unprecedented, needed long-term investments, but provided many advantages on the battlefield, with much greater flexibility than rail, and better suited to resist shelling than horse. Off-road vehicles made their debut in this war. Parisian taxis became also famous under General Gallieni that forcibly mobilized all of them in 1915, to bring out a constant supply of soldiers on the Marne, completely surprising the Germans and turning the tide of the war, at the Marne river. At Verdun, the French also setup a formidable supply line on a single road called the "sacred way", mobilizing at some point 80% of French trucks.

Still, Germany, Austria-Hungary, Italy and more so Turkey proved to be too weak economically to simultaneously develop war production and lorries. Factories were too small and lacked resources, compounded by the naval blocus, also there was still a way through Turkey, including for tires. German giant labs like Bayer developed synthetic tires for the first time, but they had little durability. 1

About 1,000 London double decker buses were also mobilized, allowing the Army to count on large capacity troop transports at the Somme alone. While manufacturers geared up for scale, massive amounts of trucks were imported from the US, in which Taylorization was adopted for years and worked wonders for just such demands.

Well integrated into their logistics, Germany had an edge on rail transportation planning (part of 'Schlieffen Plan') and almost won at the "battle of the frontiers" in August, but also at Tannenberg, where mobility played a vital role despite superior numbers on the Russian side. This was basically a refinement of the strategy used in 1870 already, which brought victory. However trains are not everything. For the last miles, trucks were used, replacing horse carriages when possible. Also, in occupied teritories, the Belgians and Dutch practice a scorched earth policy and blew up all railways when retreating. The same happened in northern France. In belgium alone, a month after the occupation only 15% of the railway network was operable. The entente was slow to bring up on the front heavy artilly, but when they did, they prioritized rebuilt railway lines and depots beyond the frontline.

This went on until 1918 with the very last naval bombardment made by British Monitor HMS Clive on Snaeskerke, 6 km south of Ostend on 28 September 1918, from 36,000 yards (longest hit by the Royal Navy) with a gigantic 18-in gun. By security, no railway was created closer than 7 miles (11 km) from the front. It was generally beyond the range of other railways guns and tracted heavy artillery. Both French and Germans were very good with light railways construction for military supply alone, using narrow gages, from regional large depots to the frontline, and along a serie of field depots. In France alone, 2,000 miles of these had been laid.

Horse transport was huge also. Starting with around 25,000 for the British alone, a large part of which used in cavalry brigades, later reassigned to transport units, 115,000 were mobilized. The French Army, mostly dependent of millions of them, in addition imporrted about 525,000 from Argentina and the U.S. Far more were mobilized by the other powers. Dedicated Vets treated some 2.5 millions horse and two millions were returned to the battlefield. Horse Hospitals were even created, with an everage capacity for 2,000 horses at a time. Horse carcasses even became so common on the no man's land that dummy carcasses were created for snipers. Mules became also important, especially on the Italian front, climbing with ease and carrying heavy loads.

But overall loses were crippling. Like trucks, horse transports came directly to the front lines via muddy roads, and were frequently bombarded. 484,000 horses were lost for the British Army alone, one for every two men casualties. 7,000 were killed at Verdun on a single day in 1916. Most were Germans, wiped ou by French Railway Naval Guns. The US in turned, broughts their horses, and had in 1918 1,325,000 American horses and mules in activity. The Cavalry counted 32,000 dedicated breds horse in 1918, and in between, much more had been converted to transport, although for conoisseurs, it was quite a waste of toroughbreds, but at that stage, working horses throughout Europe had been mobilized already to the full. 1 2
(to be contined...) 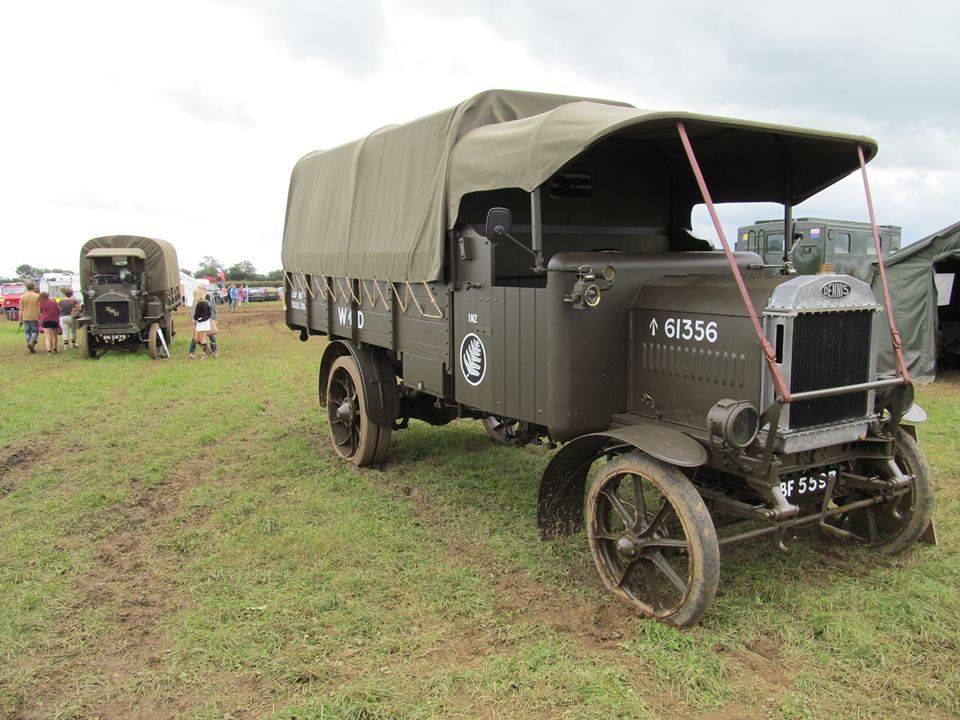 These images are reproduced strictly for non-commercial research and private study purposes as permitted under the Copyright, Designs and Patents Act 1988, as amended and revised

Note: The subject is pretty scarce compared to WW2, but here is the list of books and online resources i could find: